The ECTS (European Credit Transfer and Accumulation System) has been developed by the European Union Commission in order to ensure the academic acknowledgment of studies done in a foreign country. This system allows to measure and compare the academic results achieved in diffrent institutions and to transfer them from one institution to another. It is therefore easier for students to change school and to acquire cresits in their institution of origin or abroad.

How ECTS at Strate works

The ECTS rests on the principal that a student's work for one year corresponds to 60 credits. The average amount of time of a student enrolled in a full-time program in Europe is around 1500-1800 hours a year; one credit therefore corresponds to 25 to 30 working hours.

The ECTS credits can only be awarded after the full achievement of a project, and after the appropriate evaluation of the training results. These results correspond to a whole set of competences defining what a student will know, understand or be able to do after the end of his training, whatever its duration.

The student's workload includes all the time necessary to attend all the education activities, like the courses, possible seminars, individual and personal study, preperation and sitting of exams, preperation of projects...

Credits are awarded for all components of a study program (courses, internships, theses, dissertations, workshops..) according to the amount of work requierd by each activity to achieve its specific goals in relation with the total amount of work necessary to achieve a whole year of study.

The Student's results are evaluated by a local or national grade. An example to enforce this system is usually to add an ECTS grade, especially in cases of transfer of credits. This grading system ranks the students' results according to the whole class'; it is therefore important to note that the ECTS grade is not a mark but a rank. The ECTS grades are given to the successful students according to the following order:

There is a distinction between the grades FX and F used for students who have not achieved the objectives: FX means "Fail- a complementary work is necessary to succeed" and F means "Fail- a lot of work is required".

The mention of the failure rate in the transcript of records is optional.

Enforcement of the ECTS at Strate

The international grading system at Strate is a system of marks between 0 and 20, and the minimum required to be awarded the ECTS is 12/20.

The credits are awarded after a meeting of the teachers at the end of each semester.Thus the term's final mark needs to be at least 12 to automatically award the student the credits corresponding to each course. This final mark takes into account the students' results for each work but also criteria such as their regular attendance, their behavior and progression...

The credits corresponding to a subject be divided: a student gets all the credits or no.

With this system, no compensation is possible between the subjects, as the credits are given per course; there is no average mark.

In order to go on to the next year, the student needs to have 58 credits for the whole year.

At the end of the first semester, a student who did't have the sufficient amount of credits in one of several classes can be assigned additional projects in order to imrove their final mark and therefore to get the corresponding credits.

At the end of the second semester, the students who have had a mark between 10 and 12 in one or several classes can be allowed to do some additional projects in the classes concerned in order to improve their work and get the credits.This decision can only be taken by the academic staff and the teachers concerned, according to the student's general results.

After that, the students with 58 credits for the whole year are allowed to pass in the next year on a conditional basis: they will have to do additional projects in the subjects in which they did not get the credits the year before, with the agreement of the academic staff. 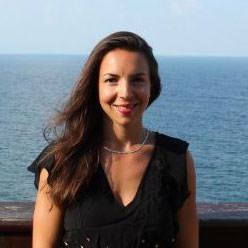 Would you like to know more about international internships, organize an exchange with another school or come study at Strate from abroad? Cecilia Talopp, Head of Internal Affairs would be more than happy to answer your questions.