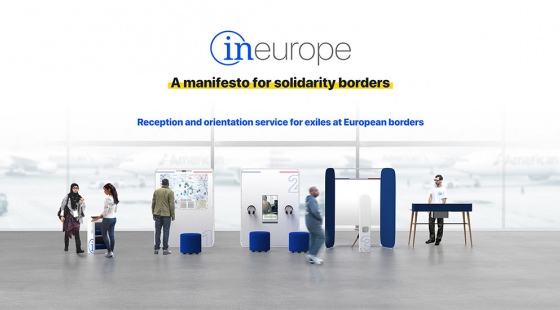 Discover graduation project of one of our alumni. It revolves around the matter of solidarity regarding asylum seekers arriving on European territory.

Mitja Behnke is a former student of Strate design school, he specialized in product design training at Strate.

It was during his trip in 4th year, in South America, that he became interested in social and societal issues. By dealing with questions such as: what is the place, the role of design in the restructuring of companies and other economic entities, in the context of an independent society? Can we combine autonomy and solidarity?

He therefore set out to answer these questions by initiating his project, the “In Europe” project!

Mitja Behnke's "In Europe" project involves the creation of a service capable of helping exiles arriving at European borders to orient themselves and obtain information.

Indeed, In Europe will make it possible to accompany an asylum seeker in his "crossing" and his asylum application procedure, thanks to a filing cabinet gathering some information such as documents translated into several languages; a list of useful actors (associations, accommodation, shower baths, etc.); information on the culture and the rights and duties in force in the host country; a photo booth symbolizing a first step in applying for asylum.

This device is installed at all legal points of entry into the territory (land, air, sea). The project brings together two entities: NGOs and OFPRA (French Office for the Protection of Refugees and Stateless Persons).

Its device has enabled it to rethink spaces for discussion. Thus the asylum seeker and the members of NGOs and OFPRA are never face to face but side by side so as not to create a “border” between them but to promote an exchange and support for the asylum seeker in this crossing.

In order to facilitate the integration of the exile and improve the GDP of the host country, the system includes an interview with the asylum seeker during which he will answer questions about his profile and his country of destination. Once the interview is over, the algorithm-based distribution system matches the asylum seeker's profile with a country.

"Working on this project, I quickly understood that by crossing a border, the asylum seeker ultimately crosses several: security, political, economic but also and above all cultural, social and administrative. "

Through several symbols, the In Europe project would avoid the wandering of immigrants, but also establish better quality support for asylum seekers and standardize naturalizations on European territory.

In November 2019, Mitja and other students from the Strate School of Design participated in Dubai Design Week and in particular the Global Grad Show, an event bringing together a hundred design student projects on the theme of impact. social and ecological.

During this stay, he was able to exhibit and present his project of solidarity borders. This allowed him to interact with a representative of the French Consulate in Dubai, but also with people who have experienced this asylum request, they were touched by this initiative.

Recently, Mitja's “In Europe” project was awarded the WantedDesign Conscious Design Award 2020 in the “Original Concept and Design” category!

To find out more about the Mitja project, we invite you to visit the project’s website! 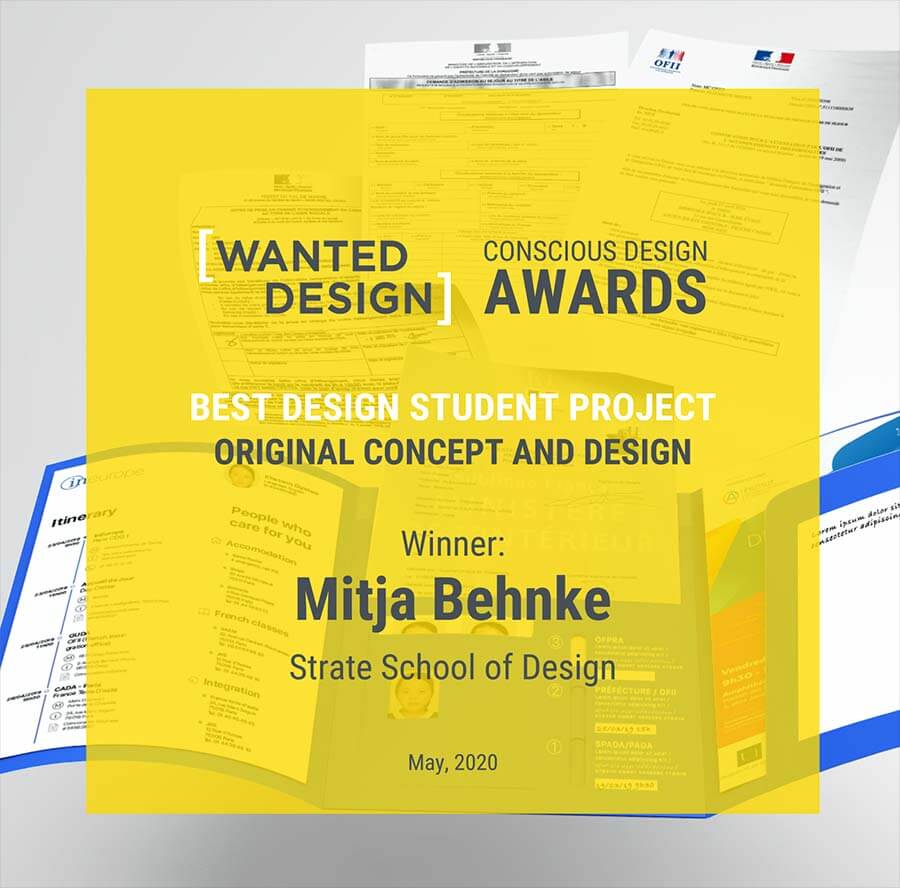