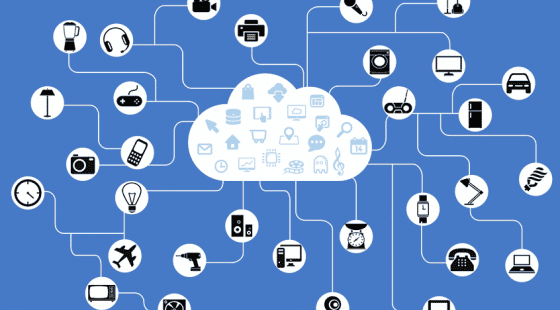 The Internet of Things (IoT) is more than a buzzword; it is a system that is influencing how humans interact with technology, and how human beings behave. The meaning of IoT is connecting systems and devices that, until now, haven’t been connected. In other words, IoT is bestowing digital intelligence on otherwise dumb things. With an IoT smart home security system, a homeowner can lock or unlock their front door from a phone, adjust their home’s temperature or operate a security camera to see who is knocking at their door. Today, IoT applications in Business can be found everywhere. Smart cars inform humans of the fastest or shortest route based on traffic and adjust driving based on weather conditions. The human-machine interface is rapidly changing, thanks in large part to the Internet of Things. IoT is a vast network of sensors and systems that include everything from smartwatches and smartphones to smart cars, barcodes on boxes and heating and air conditioning units. But, what does the Internet of Things (IoT) mean?

IoT stands for the Internet of Things. However, that doesn't explain much. It helps to define IoT, even briefly. The IoT is made up of things or devices connected by the internet that can take in information and talk to each other, sharing information back and forth. The connected things use sensors to absorb the information. The sensors input data into a large, intelligent system comprised of smaller smart systems. In reality, IoT is far more complicated than that.

The expanded definition of IoT is the upgrade of mobile, home and embedded applications to become part of a network of connected physical devices that all have sensors that both import and export data. The devices, using embedded sensors, gather data about the environment in which they are operating and how they are being used. The sensors are integrated into every physical device from electrical appliances (fridges, stoves, furnaces) to lights (home lighting, traffic lights, car lights) to smartphones and tablets (TVs too) to barcodes on non-electrical items (pill bottles, boxes). The devices then share the data in real time about their operational state through the Cloud to an IoT platform where there is a universal language by which all IoT devices communicate. The gathered data is then dumped, or integrated, and data analytics is performed.

Data analytics is drawing valuable insights and information from masses of raw data. Data analytics is now mostly automated, with algorithms performed by Artificial Intelligence (AI) software that clean, sort, and generally make sense of the vast amounts of data that IoT devices provide. With a far higher capacity for computation than humans, Internet of Things technologies can analyze in enormous amounts of data in seconds. Valuable information and insights are then pulled from the data without the aid of human beings. The information is then shared with human users and other IoT devices.

The Internet of Things creates an extensive system of information, comprised of smaller systems of information; smart devices are connected to smart home systems which are connected to smart city systems. Significant changes come when data from one end of a large system of systems, to the other end of a large system, can be analyzed. Through the mass sharing of information from other devices, an extensive network of data is created that benefits and betters all user experiences. The Internet of Things leads to better healthcare outcomes, more efficient manufacturing, optimizing energy production and consumption, more effective use of natural resources and lowered waste production in addition to a host of other benefits.

Today, many examples of IoT can be found in our daily life. Traffic lights, connected to the IoT, line the streets of a city. The smart traffic lights are all connected to a city-wide traffic light system that monitors weather, accidents and traffic congestion. A car accident occurs, blocking traffic in a usually busy intersection. The traffic light communicates this to the system. Other traffic lights respond by changing their traffic allowance rates, to ease congestion in the inflicted area.

Imagine that the traffic light system is connected to other IoT systems throughout the city, such as the public transportation systems that manage buses, streetcars, and subways and the sign systems. The traffic light system communicates the problem to the public transit system which in turn reacts by diverting bus and streetcar routes, avoiding the problem area. The signs that are part of the IoT alert drivers approaching the impacted area of the blockage and congestion ahead, recommending they take an earlier exit. Smart cars driving the same route will already be notified of the congestion and have reacted by adjusting their routes. All of the intercommunication of the IoT devices makes a more positive experience for the drivers and transportation riders who are barely impacted. From an environmental perspective, it means fewer cars are idling so less air pollution.

Thanks to inexpensive processors and wireless networks the IoT is flourishing. Business Insider Intelligence predicts that by 2025, 64 Billion IoT devices will be installed and that the IoT market revenue is on pace to grow to over $3 trillion annually by 2026.

Between smart cars, smart homes, and smart cities, the Internet of Things is transforming how human beings and technology interact, merging the digital and physical world, and redefining our lifestyles.