What are smart cities?

The Smart city vision is to change the way city inhabitants live, and simultaneously improve their quality of life by connecting aspects of living to each other. It’s not so difficult to imagine how they might achieve this, as our lives are already surrounded by several sensors and devices that gather data on our activities. Take cameras and motion detectors for example: they can provide information on how many people are in a particular place at any given point in time.

Using Internet of things (IoT) technologies like these, a smart city is able to optimize strictures like power grids by analyzing how much power is being consumed in any area, and how likely the city’s resources are to get overburdened. The results of this analysis are then used to efficiently redistribute power to the city based on these needs. The result is a sustainable system of operation that provides constant communications between the city officials, the community, and city infrastructure.

What is a smart city in India?

Several cities all around the world have already begun to incorporate various levels of this technology, becoming smart cities as they do so. Cities like Singapore, San Francisco, London and Tokyo have smart parking for example. Smart parking is a feature of Smart cities that uses sensors to determine the occupancy of a parking structure is. This information is then communicated to drivers so they can find the nearest and best parking spot.

Over in India, the government has stated the Smart City Mission, which is a program to develop 100 cities across the country, improving the conditions for their inhabitants, and making them more sustainable. Answering the question “what is a smart city in India 2019?” we see that two cities stand out: Bhopal and Bhubaneswar.

As we already know, the Government of India wants to tackle urbanization through transformation of some selected cities, one of which is Bhopal. Bhopal holds a special place because it is one of twenty cities adopting a dramatically different approach to the urbanization. They choose to go by the way of “redevelopment” instead of “retrofitting”.

It was announced late in 2017 that the Bhopal Smart City Development Corporation Ltd. (BSCDCL) has selected Hewlett Packard Enterprise’s Universal Internet of Things (UIot) platform to help create the first cloud based Integrated Command and Control center in the country. The platform will make it possible to run several command center operations in the selected city, all at the same time, and on the same platform. Like in the model Smart City, it will adapt and integrate several thousands of discrete sensors and applications on the platform, enabling it to run effectively.

Specifically, the redevelopment of Bhopal will rest on four pillars.

These pillars represent what the people living in Bhopal can expect over the following years. For example, projections say that it’s only a matter of time before features of Smart City like a more efficient transportation system, and better distribution of power become integral to the structure of the city. 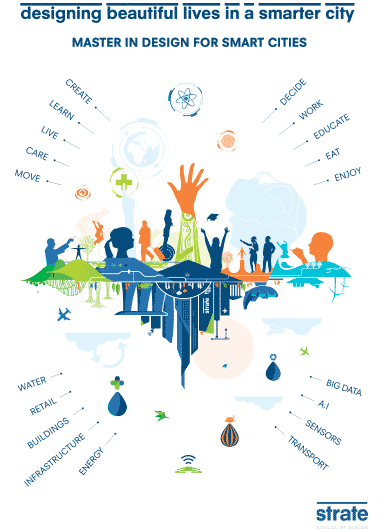 For Bhubaneswar, another city on the Smart city agenda, the approach is a little different, with the focus being on two major components:

The area based development is based on a strategy where 24 major features of urban systems and will be developed, operated and managed in the city. The development will first of all be launched in a selected pilot area, and then replicated on a city wide level.

The features comprise of mainly projects in infrastructure, engineering, building developments, as well as road and accessibility improvements. On the more social and human side of things, there are projects for social awareness and capacity building.

The pan city development projects on the other hand are technological interventions for city wide infrastructural improvements. They include improvements in the traffic and transit system the parking system, emergency response and incident management, and several other critical parts of the city’s infrastructure.

As India moves closer towards becoming a smart city, business opportunities have begun to emerge, and they are all linked to everywhere that there is a gap–Either a current gap in the city’s infrastructure, or a potential gap given the rapid rate of development. They include:

The Smart city mission initiated by the Indian government has definitely set the ball rolling in a whole new direction, one that promises to set the country, and its cities among the leading cities in technology integration. It’s exciting to watch how these plans will translate to reality.