What is design thinking? 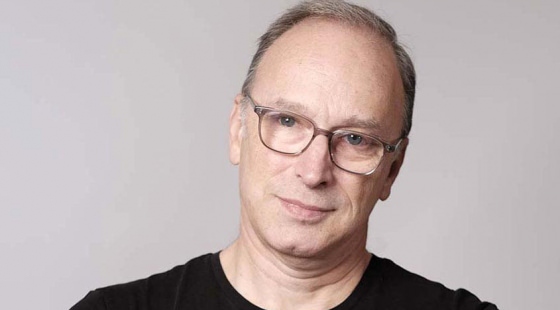 A definition of design thinking

Design thinking is a modern non-linear approach to problem solving. It is about observing people’s behavior, immersing into the way they live and finding what aspects of their lives could be improved. Based on those observations, designers come up with ideas which are quickly turned into prototypes. Designers test, draw conclusions, make adjustments and iterate this process until the end-users’ needs are fulfilled.

Design thinking: From thought to action, by Dominique Sciamma

Here is Dominique Sciamma (Strate School of Design’s Director)’s view and therefore that of Strate on Design Thinking and the way it has been taught so far.

France has always been a land of science, inventions and innovation. The French genius is not an empty word, which in played a large part in shaping of the modern world. The great figures were engineers, from French “Grandes Ecoles”, mostly created by Napoleon I, and often linked, by their very names, to industrial and logistical stakes (Mines, Ponts et Chaussée, Arts et Métiers, etc.). The rationality of science and technology has never been better valued than in France as it also served a certain idea of ​​the world, deterministic, where everything can be put into an equation, and where every solution is therefore univocal and mechanistic.

This idea, very linear, was able to make the fortune of France in a world of heavy industry and five-year plans, in a closed and pyramidal world. It becomes a burden in a digitized, open, horizontal and changing world. It is a widespread evidence that our education system, built to serve this linearity, is totally out of step with the stakes of the 21st century. But there is nothing to suggest any systemic revolution in the production of our elites and their way of thinking. Spending two years of his life cramming to prepare entrance exams while ignoring the world is certainly not the best way to prepare oneself to transform it.

In fact, our Grandes Ecoles feel that the world has changed and are sincerely trying to influence and nurture their pedagogies of methodological innovations that would allow their graduates to resynchronize with the needs of the world. Design Thinking is one of those innovations.

Coming from the United States, and promoted by Tim Brown and his famous agency IDEO, Design Thinking is a non-linear problem solving method that allows an end-user empathic approach by integrating observation phases, Creativity, prototyping, testing, iteratively. And if it succeeds, it is because it draws more than strongly from - in fact it copies - the approach of the designer, who has been doing this ever since ... always

This method made the fortune of IDEO and some other players in the market. And the reason why is because it is closely linked to a legendary Anglo-Saxon pragmatism which does not embarrass itself with a hierarchical approach to knowledge and practices, unlike us, where disciplines are hierarchized, and where the engineer and manager prevail over the designer.

Design Thinking then becomes a panacea, a bookish method, mostly taught by non-designers, that would only apply to get relevant results! The designers, like sage lemons in a hurry, would have delivered their knowledge, their very thought, so that others, more serious, can solve problems centered on the user without them. Design Thinking is Thinknapping.

The problem is that design is a whole, and that its thought is consubstantial with a practice: there is no Design Thinking without Design Doing, and to separate them is to sterilize them. It is because it represents, at every moment of its journey - from creation to communication, through observation, formalization and testing, that the designer finds innovative solutions. Wanting to Think Without Doing is therefore doomed to failure.

It is more than necessary to integrate designers into multidisciplinary teams and to make methodology the methodological field in which all actors, designers in Being the producers as well as the guarantors.

Such a solution, yet so simple, still hurts our educational models, but also our organizations, and even more our models of power. Because this what is at stake here! Our vision of the world is dated, and everything it induces is out of sync. By reinventing primary education at the university by reconciling thought and action in a pedagogy by project, by making the intermingling of disciplines a permanent reality, putting individual talents at the service of collective approaches, valuing Networking approaches, especially in ALL our institutions, we can resynchronize the French genius with its time, while paradoxically asserting its singularity.

Would it be a revolution?

It would not be the first one.

More information about other types of design: